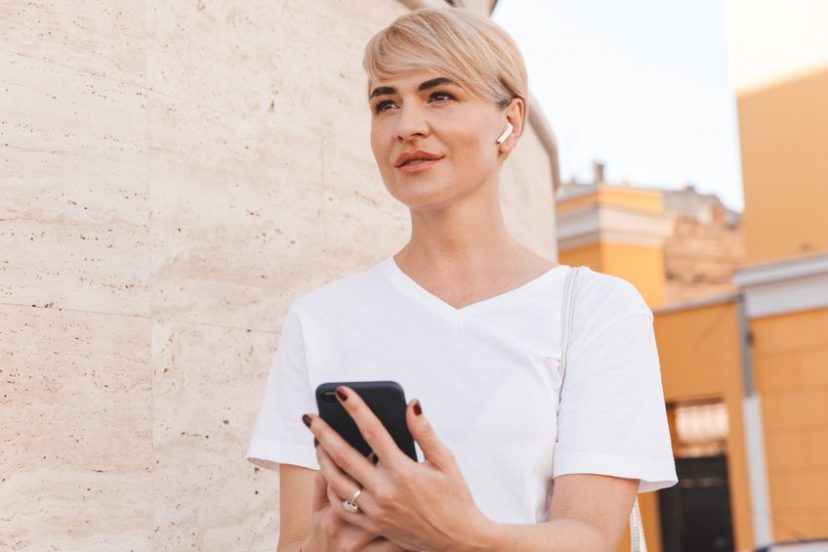 While these devices are certainly convenient, they do place a Bluetooth receiver right next to your head. Should you be worried about all of that exposure?

The answer to that is something that only you can determine. In this guide, however, we will attempt to help, by showing you the facts that do exist about Bluetooth headphone safety. We will also talk about which headphones you should probably avoid, and offer up some safer alternatives.

When talking about Bluetooth safety, it’s helpful to have an idea of how these headsets work. Some Bluetooth headphones rely on a single receiver. The headset itself is wireless, but the two earpieces are connected by a cord that allows them to communicate. Other headsets use no wires at all — rather, each earpiece has its own Bluetooth receiver inside.

When you power on your Bluetooth headphones, they look for a signal from a nearby transmitter. Oftentimes, the transmitter is your phone. The signal itself is a radiofrequency wave which, when picked up by the receiver, allows a connection to form. The two devices establish a network that allows them to transmit data to one another freely. The network is generally quite small, as Bluetooth’s range is only about 30 meters.

For more in-depth information on Bluetooth technology, see What Is Bluetooth And How Does It Work?

The radiofrequency waves sent out by a Bluetooth device are a form of EMF radiation. On the electromagnetic spectrum, Bluetooth radiation falls in the 2.4GHz band, right by WiFi and microwaves.

The radiation produced by Bluetooth headphones is usually less than that produced by a cell phone. For that reason, organizations such as the FCC still recommend Bluetooth headsets as a way to reduce your EMF exposure during a phone call.

And that is, technically, accurate. Bluetooth transmitters are low-powered and weak. While many phones find themselves near the FCC’s 1.6 W/kg SAR limit, Bluetooth headsets, although they are not regulated in the same way, tend to fall well below that range. That alone may give the impression that Bluetooth headsets are at least safer than cell phones.

All that being said, Bluetooth headsets are worn in your ears, and radiation exposure is highest when you are directly next to a source. When you are wearing your Bluetooth headset, you are essentially placing that EMF source against your head. Bluetooth headsets may not produce as much radiation as a cell phone, but you are coming in much closer proximity to it. Also, some wear headsets for prolonged periods of time, especially when having an extended phone call or listening to music.

Bluetooth headsets themselves have not been studied extensively, so it’s not possible to say for certain whether they cause health issues. The best we can do is consider the effects of EMF exposure in general. EMF radiation from other sources has been linked to health issues such as cancer, male infertility, miscarriages, and Electromagnetic Hypersensitivity (EHS). So it’s certainly possible that Bluetooth headsets could contribute to these conditions, as well.

Ultimately, given the amount of information out there, we just don’t know enough about the safety of Bluetooth to know if it causes health issues. The best thing to do is to examine all available information and then decide what is best for you. To learn more about what data does exist, check out Is Bluetooth Safe?

If you’re concerned about Bluetooth exposure, the single best option is to simply stay away from Bluetooth headsets. There are safer alternatives out there that allow you to operate your phone hands-free without the Bluetooth radiation.

All Bluetooth headsets are going to produce some amount of EMF radiation when powered on. That’s just how Bluetooth works. There is one popular headset model, however, that is known to produce particularly high levels of. The culprit? Apple’s Airpods.

Apple doesn’t provide Airpod SAR levels on its website. According to the FCC’s website, however, the Airpod Pro has a SAR value of .6W/kg. This value, however, has to do with the amount of radiation absorbed in human tissue. It is not really an indication of how much radiation is produced by a device, or how safe that device is. The video below illustrates what happens when the Airpod Pro is tested with an EMF meter.

As you can see, these headphones produce a massive amount of EMF radiation. If you can’t avoid your Airpods altogether, at least exercise moderation as the video suggests.

If you are concerned about Bluetooth headphone safety and want to find the safest option out there, consider investing in an air tube headset. These are a type of wired headset that is known for their low-EMF production. These headsets don’t use standard wires — rather, they rely on a hollow tube to transmit sound. That means they produce virtually no radiation. To learn about some of the options out there, check out the 10 Best Air Tube Headsets of 2022.

The primary drawback to air tube headsets is the sound quality. You can tell the difference between an air tube and a traditional wired pair of headphones pretty easily — air tubes sound a little on the hollow side. It may not matter if you’re using it for phone calls only, but if you use your headset to listen to music, the experience may be lacking. Wired headsets, on the other hand, provide a better sound quality but the wires themselves produce a level of EMF radiation.

EMF protection brand SYB has a solution to that problem — the Headset Anti Radiation Device, or H.A.R.D. This is a small device with a cord that plugs into your phone and a jack that you plug your headset into. SYB’s H.A.R.D. absorbs the radiation from the headset’s cord before it ever reaches your body. This is perhaps the best option for music lovers, as it allows you to use a high-quality wired headset with no real deterioration in sound quality.

Now that you know how to use a wired headset safely, let’s take a look at some options for different scenarios.

Best headset for the office: Votohrt USB Headset. When you’re on an extended conference call, you need something comfortable. Votohrt’s USB Headset can be connected via either USB or a 3.5mm jack, and volume and mic controls are conveniently accessible right on the cord. Available in black or gold, Votohrt’s headset features a noise-canceling design, comfortable earpieces, and a crystal-clear microphone.

Best headset for gaming: Razer Kraken Gaming Headset. For gaming, you want a headset that you can put on and forget about. Razer’s Kraken is just that. The noise-isolating microphone is designed to ignore background noises, while the earpieces themselves fit over your ears to provide for an immersive experience. These headphones are lightweight and built to last.

Best headset for your phone: Arama Cell Phone Headset. A good cell phone headset should be durable enough to withstand frequent use, but also flexible and inconspicuous enough to be worn comfortably when out and about. Arama’s headset is exactly that. With only one earpiece, these headphones are designed to allow you to stay aware of your surroundings while still listening in on your call.

So, are Bluetooth headphones safe?

Without more data, it is hard to say definitively either way. If you are concerned with EMF radiation, however, Bluetooth headphones may not be the best option for you. While they produce less radiation than a cell phone, it still may be more exposure than you’re comfortable with. Consider switching to a safer alternative, either an air tube headset or a wired headset with the H.A.R.D. adapter.

The Best Wired Earbuds of 2022

When worn correctly, both Bluetooth and wired earbuds offer a lightweight and comfortable way to listen…

If you’re on your computer often, either for work or personal use, there is no doubt… 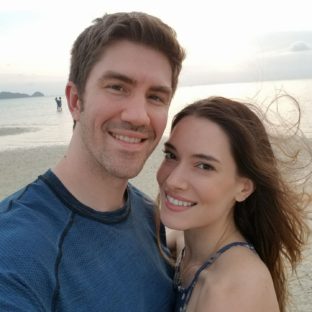